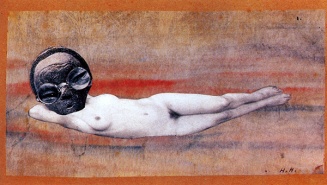 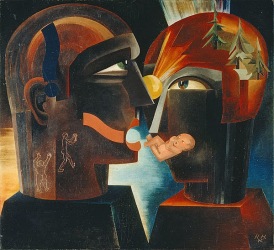 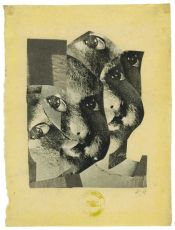 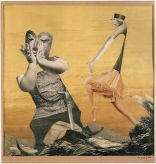 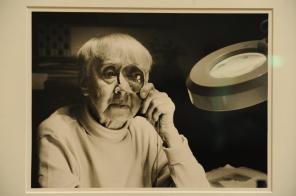 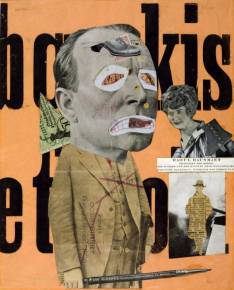 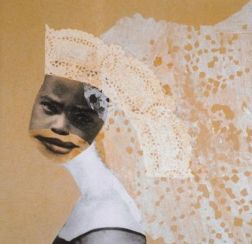 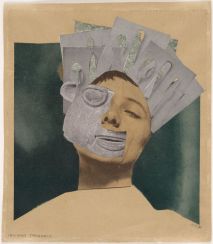 was one of the pioneers of the photomontage, combining, collating and layering images from contemporary magazines.  She was the lone female participant in the Berlin Dada group, although Sophie Täuber, Beatrice Wood, and Baroness Else von Freytag-Loringhoven were significant Dada players albeit in different locales. Besides being the only female, Hoch was never quite accepted by the Berlin Dadaists, who felt that though Hoch’s works possessed a Dada aesthetic, they were conceptually still making a feminist social critique based upon “logic”.  Dada had given up “logic” in favor of chaos, nonsense and irrationality.

“None of these men were satisfied with just an ordinary woman. But neither were they included to abandon the (conventional) male/masculine morality toward the woman. Enlightened by Freud, in protest against the older generation. . . they all desired this ‘New Woman’ and her groundbreaking will to freedom. But—they more or less brutally rejected the notion that they, too, had to adopt new attitudes. . . This led to these truly Strinbergian dramas that typified the private lives of these men.”-Megan Maloney, Before Digital: Hannah Hoch And The Dada Montage, In The In-Between,http://www.inthein-between.com/hannah-hoch/

Although Hoch continued working in photomontage throughout her lifetime, she maintained a very low profile during the Third Reich.  Her works had been declared “entartete kunst”, or “degenerate art”, which hampered her ability to exhibit her works.

After the war ended, Hoch continued to work and exhibit her photomontages internationally for the rest of her years until her death in 1978.